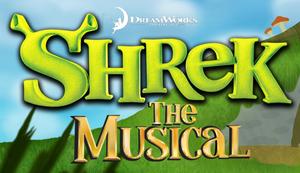 Open this announcement for times, tickets, and more information about Westmont Theatre's production of SHREK The Musical! Based on the Oscar-winning DreamWorks Animation film, Shrek, the Musical is a Tony Award-winning fairy tale adventure, featuring all new songs!  Created within strict safety protocols, this Virtual Theatre production of Shrek, the Musical brings all the beloved characters you know from the film to life in a dynamic, new way and proves there's more to the story than meets the ears. "Once upon a time, there was a little ogre named Shrek...." And thus begins the tale of an unlikely hero who finds himself on a life-changing journey alongside a wisecracking Donkey and a feisty princess who resists her rescue. Throw in a short-tempered bad guy, a cookie with an attitude, a half-dozen other fairy-tale misfits, and you've got the kind of mess that calls for a real hero. Luckily, there's one on hand... and his name is Shrek. Shrek, the Musical is irreverent, fairy-tale fun for the whole family and there's even a powerful message woven within: beauty is truly in the eye of the ogre.

The Moral of the Story

While it's easy to get caught up in the silliness of Shrek, it is important to acknowledge the moral of the story. Encouraging people to accept themself and love who they are before they engage in a romantic relationship with another person is an important lesson. In order to truly love someone, you have to love yourself first. Inner beauty is far more important than what you look like. What we deem as attractive is different for everyone, and that’s more than OK.

Other lessons Shrek has to offer:

THE MAKING OF OUR SHREK

After four months of production, SHREK has morphed into a "Hybrid production" - we rehearsed everything we could via Zoom (including all music rehearsals), filmed a lot of scenes over zoom, once each song had been taught, the actors made audio recordings of themselves on their cell phones singing to the accompaniment tracks provided by our licensing agent and sent them to our student Audio editors who used Adobe Audition to mix the actor's recordings with the accompaniment tracks. Meanwhile, our Set Construction crew built a collapsible PVC frame for each actor to eventually take home (more on that in a moment.) While the actors continued learning new songs, the Audio Editors started to return their Vocal mixes to the actors so they could film themselves lip syncing to their own voices from the safety of their homes in front of large green screens mounted onto the PVC frames built by our set crew with 2 ring lights per actor. Meanwhile, choreography rehearsals were held on Saturdays over Zoom but then moved to in person on February 13 (one year after we shut down our spring musical last year).  We rehearsed outside in the road between the theater and the Science building (we lovingly call this road the "Wind Tunnel" for obvious reasons). The in person rehearsals were so wonderful for everyone - including me! We were then approved to film some short sequences of our show inside the theater with all doors open to provide maximum air flow. This filming required the use of a giant blue screen we had to purchase, hang and light (that was the hard part!). We also had to paint the stage floor the same ChromaKey Blue to match the screen. Why Blue and not Green?  Because Shrek's face is green and we didn't want his face to disappear into the Virtual Background which would eventually replace the color of the screen. We finally finished all filming last Wednesday and the hard process of POST began. Our 9 student Video Editors are all working tirelessly now to stitch together all the pieces of this massive puzzle which will start streaming Friday, April 16. It has been quite a journey!